The biggest advantage of OVS is automated control using Openflow.

The OVS solution is CPU intensive, affecting system performance and preventing fully utilizing available bandwidth. To improve switching capability many new technologies are invented (here we will note the most important and well known on the market):

Pan-Net is, as of today, is using Netronome XVIO technology with a strategy to move to Mellanox supported SR-IOV with ASAP. ASAP (Accelerated Switch and Packet Processing) is the way how Mellanox is doing OVS offload.

Simplified OVS architecture with offloading components is depicted in the figure below. 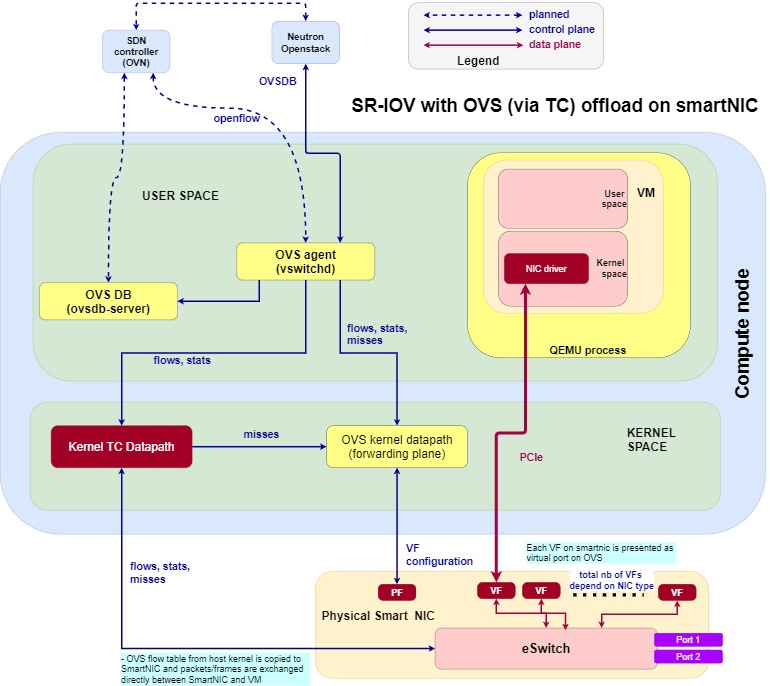 The following figures presents frames flow when SR-IOV with ASAP is used:

The Pan-Net long term strategy is to use vDPA in the kernel which, from the current perspective, seems to be the best future proof solution. For now, vDPA is not mature enough to be seriously considered for production deployment.